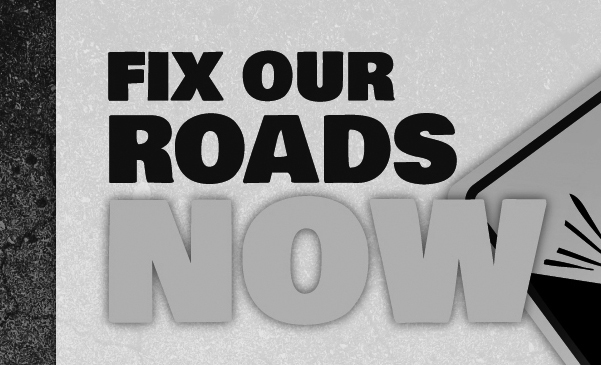 Charleston, W.Va. – West Virginia’s transportation infrastructure is facing a major funding crisis and, if left unresolved, will continue to deteriorate at an accelerated and alarming rate. That’s the message West Virginians for Better Transportation (WVBT) and its more than 300 partner groups are delivering today at the Capitol. It’s also the message of a new statewide public information campaign – “Fix Our Roads Now” – which the coalition kicked off today.

“Other states – including Kentucky, Virginia, Pennsylvania and Ohio – have made significant upgrades to their roads and bridges in the past year,” said Carol Fulks, chair of WVBT. “We can’t keep waiting for the federal government to solve this problem. It’s time West Virginia develops a long-term solution and provides funding for it.”

The statewide campaign includes newspaper, TV, radio and billboard ads. A new website, http://www.fixourroadswv.com, has been created to better educate legislators, policymakers and state residents of the funding crisis.

Inflation, more fuel efficient cars and greater demands on the system have eroded the ability of the state Division of Highways to maintain the state’s roads, bridges and highways.

A modern transportation system provides safe roads for the traveling public and for tourism. In addition, businesses rely on a good transportation network in order to attract customers and efficiently transport goods and products.